After a long cold Winter, the beautiful Spring we have been experiencing this year has been deeply satisfying.  As the season has been progressing, I have been enjoying the changes that nature has offered up as temperatures have been steadily rising.
At first Spring brought challenges.  Instead of dressing solely for the cold, now you also had have appropriate clothing for the afternoon's warmer conditions, too.  It was well worth the price paid.  As the chill fell out of the air the first shoots started to make their way from the barren brown branches.  Suddenly, what had been stark and mundane exploded in pink and white as the first harbingers of the vernal renaissance, the cherry blossoms, came into their full splendor.  With the trees no longer barren, the paths also exploded with tourists enjoying the fluffy clouds surrounding the Tidal Basin.  The mornings, still brisk with the lingering memories of the winter cold, became awash in more and more sunlight shimmering over the Potomac. The trees became increasingly green in waves just as regular as those on the river they surround. 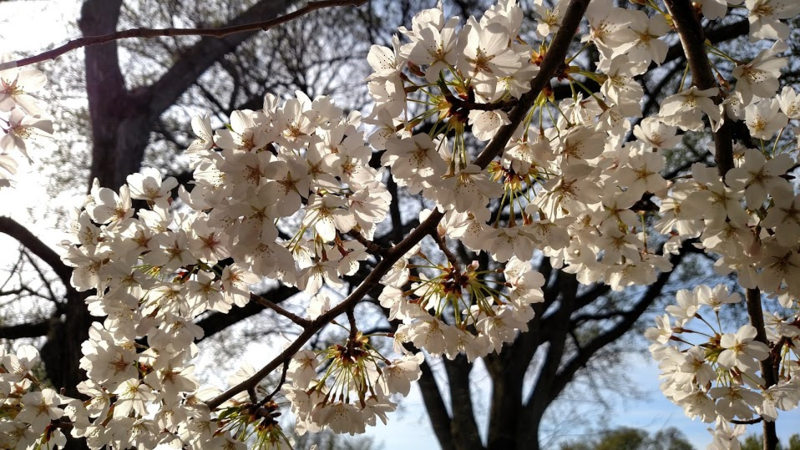 In time those small shoots became broad leaves providing some shelter from the sun on the trail, reminding me of life starting anew.  The green stalks of flowers broke through the ground after the ample rains. They reached ever skyward with delicate buds becoming an astonishing array of petals of every color soaking in the light from above.  Soon the mornings lost much of their chill and the air became heavy with the sweet perfume of honeysuckle and the vegetal bite of freshly cut grass.  As the temperature rose, the need for cover in the rain fell, and the sheer joy of cycling as gentle drops came down upon you took hold.  What may have been a source of annoyance in the preceding months became a source of child-like wonder and broadening smiles. 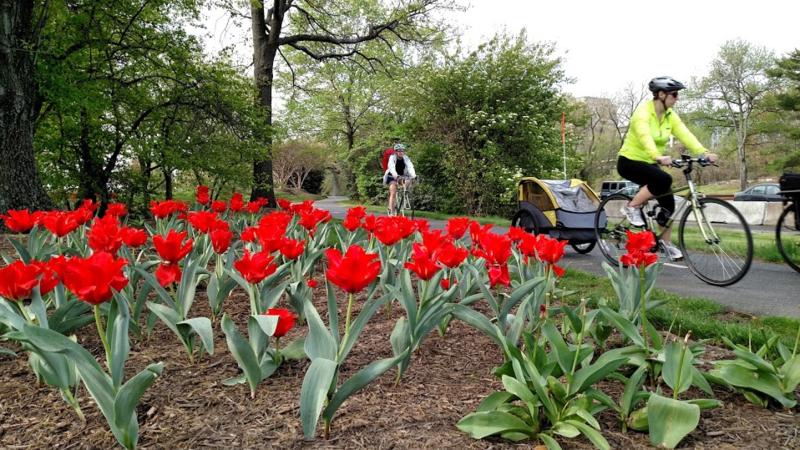 Eventually, the relative solitude I enjoyed on the trail in winter was replaced with an army of cyclists and runners savoring its every inch. People sat on benches and at tables to feel the warm breezes gently caress their skin while watching the beauty of nature.  New life entered the trail in the form of goslings, ducklings, turtles, and birds of every variety.  Each day brought new discoveries.  Gigantic bald eagle aeries, osprey nests, brief glimpses of a fox that failed to see you were there, deer watching you glide past them, and scores of people enjoying the beauty surrounding them. The air filled with birdsong, making the turn off the trail to go into work progressively more difficult each day.
If I were not on two wheels, pedaling through this verdant strip of ever-changing beauty, I would miss all of this.  Either with my hands angrily gripping my steering wheel in traffic, or by passing the time reading the paper filled with bad news on the train, I would merely be transiting through nature on the way to get somewhere.  On a bike, the journey is every bit as important as the destination. You are a part of nature, not apart from it. I am truly fortunate to have one of the most beautiful commutes in the world.
As Spring becomes Summer, I look forward to enjoying each moment of serendipity as I ride with the wind at my back and a smile on my face. 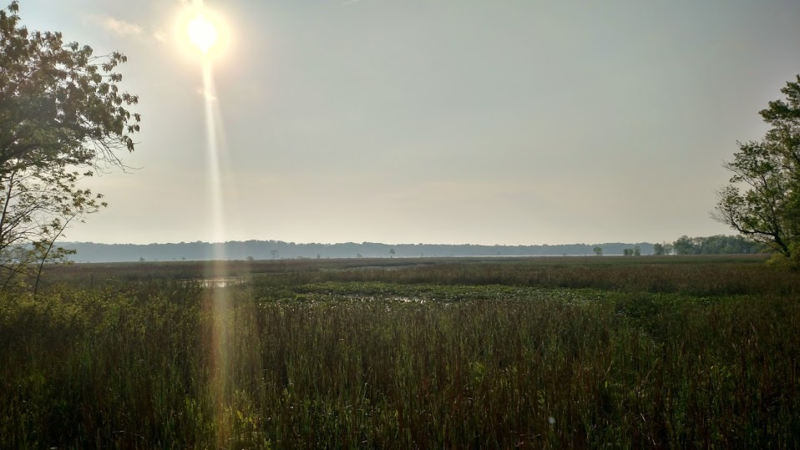