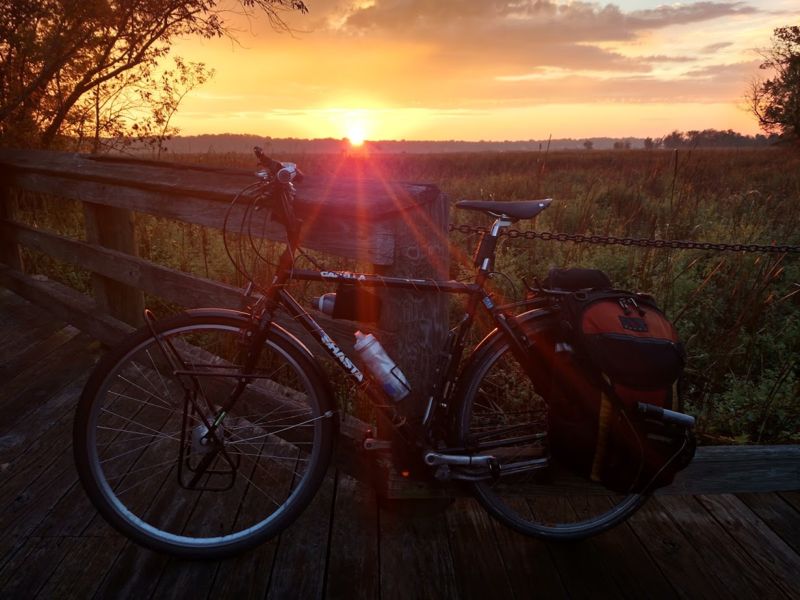 For 25 years, I've had a trusty companion who took me where I needed to go, brought me along on adventures near and far, filled me with joy, and never complained along the way. It took me to sandy beaches, to river side trails, to green forests, to busy city streets, to rural highways, and to the pages of the Washington Post, in beautiful sunshine, tropical storms, blizzards, hail, sleet, and snow. My Mt Shasta Capella has been favorite way to get where I'm going, and what a great ride it has been.
I first got the bike when I was 11 years old as a gift from my mother. It was probably a bit big for me and I didn't ride too far afield when I was young, but as I got a little older I used it to get around town and go on some adventures. It was my first "real" bike that came from an actual bike shop (its predecessor was a Huffy Stone Mountain). It felt so much faster and more responsive. When I got my driver's license, it didn't get as much use, and sat in the garage more often than not. When I went off to college, it went with me, although it still didn't get on the road much. It wasn't until a few years after I graduated that I went on a bike ride with my dad and realized just how out of shape I was that I resolved to make a change in my life. My bike was more than happy to oblige.
It wasn't without its challenges. In addition to the physical challenges I faced, the bike's components needed some upgrading for the miles I started riding. I ended up losing 30 pounds the first 2 months, and eventually would lose about 50. However, being a larger rider at the outset meant that I went through equipment much faster. I ended up getting new wheels that could take what I was dishing out complete with a generator on the front and stout hub on the rear. I got racks to carry all my stuff when I commuted and went on bike tours. I went from platform pedals to clipless pedals. I went through countless brake pads, chains, and snapped my fair share of seat rails. But we kept on riding together. I only started keeping track of miles in the last few years, but I've easily ridden 15,000-20,000 miles astride its frame.
Last week I had my rear hub fail due to a broken pawl spring, and while I was getting it looked at I noticed there was a crack in the frame by the seat post. Not something that would be catastrophic if it continued working its way around the seat tube, but a good reason to stop riding it. I may look into getting the frame repaired, but for now, the Mt Shasta is enjoying some well deserved rest.
For the first time in a quarter century, I have a new bike. It is a Surly Ogre. Currently it is almost completely stock save a new rack, but like its predecessor, that won't last for long. I am looking to build it up with a generator and other such niceties, and once that has happened, I'll be certain to share that here.
I am grateful for the many years of service the Mt Shasta provided me, and look forward to many years of fun and adventure on my new Surly Ogre. 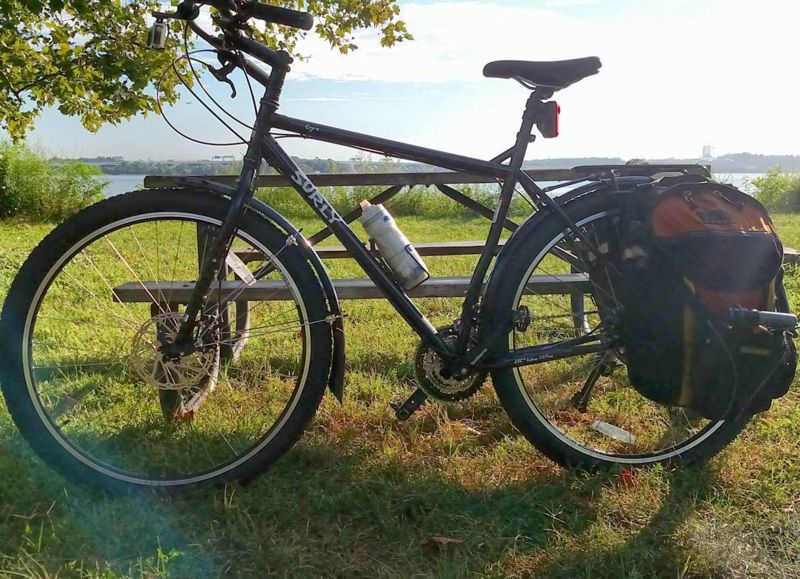