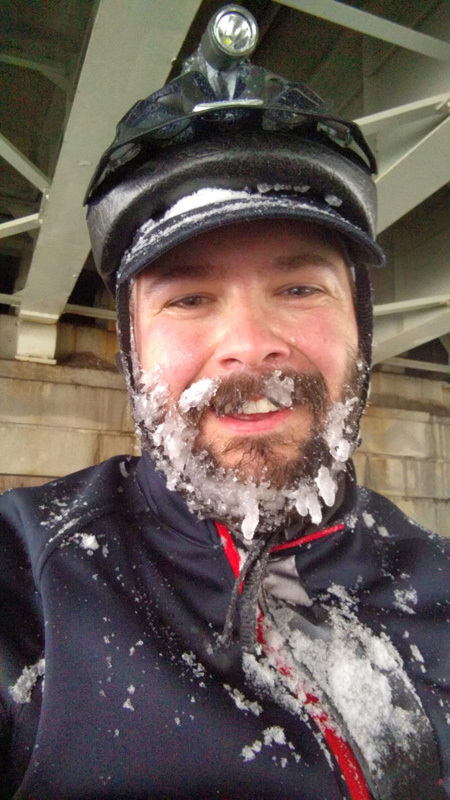 This morning was the first snowfall of 2015 here in the Washington, DC area. The majority of the snow fell during the morning rush hours, so it also meant the first appearance of the "Snow Beard" this year. The icicles held on tightly for the duration of the ride and even managed to last until I had my shower at work.
The commute went pretty well, with only one bit of slipping and sliding at a hairpin turn, thankfully I landed on my feet. I put on my studded tires last night in preparation for today's ride and they have done a pretty good job so far. With lower pressures and increased rolling resistance, the ride took much longer than usual, but it was fun to be out in the snow.
Tonight will be more of a challenge as the tire tracks on the bridges and trails become icy ruts. Hopefully things won't get too bad out there tonight.